Do the people who are there like each other 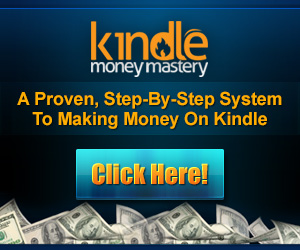 If the other folks at the meeting spend most of the meeting talking about what a bitch Dorothy is or how they suspect John is writing in English as a poorly-learned third language, or if they snap at each other, cut each other down, or are brutal with each other's manuscripts, RUN AWAY! They will be no kinder to you and your work.

You'll need a few meetings to get a feel for the group dynamics. You'll usually find that the group falls into one of the following types: Circle of Friends, Master and Slaves, or sharks and Dinner.

Usually a group of writers all working on about the same level. Either nobody has published yet, or a few have started making small sales, or everyone has started selling, or a bunch of pros got together to hang out on Saturday nights.

Sometimes you can find a Circle of Friends open to people working at all levels, from beginner to pro, but this has to be a group that is very tightly run or it will end up being a Master and Slaves group. Schrodinger's Petshop managed to be an all-levels Circle of Friends for years (though the group did eventually disintegrate), but while it held together we were careful to enforce the handbook rules, we threw out anyone who broke them, and we had no group leader, by design. We made every effort to keep the group egalitarian and we actively recruited beginners. Most groups aren't like this.

In general, your best bet for a writing group will be a Circle of Friends on your level.

Master and Slaves usually a group put together by one pro and open to beginners. This is generally designed as a teaching group, with the pro as the teacher, and this kind of group can be either good or terrible, depending on the pro. If you have someone who loves to teach, who is genuinely interested in seeing the members get published, and whose work appeals to you enough that you think you could learn from him, then a Master and Slaves group will be okay.

If, however, your existence in the group is solely to provide ego-boosts for the master, then you aren't likely to get much that will help you get published. Listening to the master read a new chapter of his book every week on the theory that this will allow you to see a work in progress, while never getting to present your own work, is a sure sign that you are in the presence of a raving egotist. Say bye-bye.

Any tightly knit clique that tears apart those not in the Inner Circle. In a Sharks and Dinner group, you'll notice all the signs of evil in the first meeting or two - people

Holly Lisle afraid to read their work to others, people speaking viciously of those not present, brutal critiques of works that are read, open hostility toward anything not written in the group's approved style or genre, people that come to one meeting and never return, and a general Fall of the House of Usher darkness.

NEVER join a Sharks and Dinner group. Remember, even if they let you be one of the Sharks ... when they smell blood in the water, sharks will eat their own.

The biggest benefit of publishing your own Kindle book is to position yourself as an expert. People respond to experts and they perceive anyone who has authored a book as an expert in that particular field. Your Kindle book doesnt have to be that long but it does need to provide useful and practical advice to people. You need to take this into account when preparing your book.