Use a spellchecker but never entrust it with everything 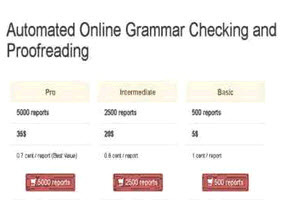 The ability to check spelling is one of the strengths and blessings of word processing. Take advantage of it. More than that - make its use a regular habit. Professional writing requires perfect spelling. Many people view misspelled words and typographical errors as signs of carelessness, lack of professionalism, or limited intelligence - hardly the impression one wants to make on an editor or reviewer!

Run a spellchecker on every document that will leave your computer. It will speed your work, improve its accuracy, and spare you from becoming delayed by manual dictionary searches to check the spelling of seldom-used words. Most spellcheckers have several built-in dictionaries in various languages. In the United States, the main dictionary usually is called English Dictionary. However, there

are many differences between American, Australian, and British spellings of English words. The customization feature will allow you to open one or more of these variant dictionaries, either singly or simultaneously.

Spellcheckers can be used for more than their name suggests. Faced with a word that is not in their dictionary, most spellcheckers will display a list of one or more potential choices. This feature can be a tremendous time-saver when one knows only approximately how to spell a word or when trying to think of a word one cannot quite remember. Make a best guess, and count on being able to recognize the word when it appears on the list.

At a command such as "change all," most spellcheckers will correct a word's spelling throughout the entire document without further need for confirmation. This feature can also be used like a "find and replace" command to change one word to an entirely different one. (However, remember the potential for problems will be the same.)

Ode to a Spell Checker

Eye strike a key and type a word

And weight four it two say Weather eye am wrong oar write It shows me strait a weigh.

As soon as a mist ache is maid

It nose bee fore two long And eye can put the error rite Its rare lea ever wrong.

Eye ran this poem threw it Your shore reel pleased two no Its letter perfect awl the weigh My chequer tolled me sew.

At the same time, recognize a spellchecker's limitations. First, spellcheckers don't really check spelling. Instead, they compare the words in a document with correctly spelled words that are stored in the program's dictionaries. If the computer cannot find a match, it flags the word as unknown. Because it operates in this way, a spellchecker will not catch correctly spelled words used in the wrong context. A word can be correctly spelled and still be wrong - as in the case of homonyms, or the use of a correctly spelled word with the wrong meaning or tense. One cannot expect it to catch such errors as using their for there, nor can it catch misspellings that form other words. For example, omission of one letter changes underserved to undeserved, significantly changing the meaning. Nothing can substitute for a final human proofreading.

Second, a spellchecker is only as good as the words entered in its dictionary. Specialized terms, most names of people and places, and many commonly used scientific abbreviations and acronyms are generally absent. The words in the main dictionary of a spellchecker cannot be accessed; they are stored in a special, compressed file format. (Furthermore, if an incorrectly spelled word were added to this dictionary, the error could not be repaired.)

Building a user-accessible custom dictionary lessens the number of flagged words that appear. Because searching a custom dictionary may take longer than searching the main dictionary, savvy writers keep custom dictionaries short by building them by subject. One for general correspondence might include proper nouns such as street and city names; one for grant writing might contain common governmental acronyms and agencies; still another might contain the technical terms, Latin binomials, and proper nouns needed to spellcheck a research typescript.

When you build a custom dictionary specifically for your scientific writing, be sure the words are spelled correctly when you enter them. Useful authoritative resources for specialized biomedical vocabulary include Stedman's Medical Dictionary (1995), Dorland's Illustrated Medical Dictionary (2003), Handbook of Current Medical Abbreviations (1998), and Medical Terms and Abbreviations (2002). See also Smith etal. (2001), Campbell and Campbell (1995), Holt etal. (1994), and Jablonski (2004). If you regularly write papers replete with specialized medical terminology, consider investing in medical dictionary software, which includes both definitions and specialized spellchecking.